Happy Friday Friends. I have secretly always wanted to post Friday Reads here on the blog, but it was just not conducive to me working full time. Now that I’m not, I will definitely make it a priority to let you all know what my reading plans for the weekend consist of. So let’s shake things up a bit here on the blog, shall we?

I recently finished Love In Cataline Cove by Brenda Jackson. 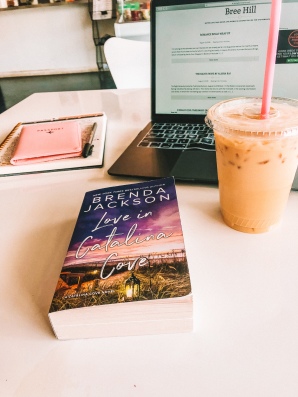 This is my second ever Brenda Jackson romance and I thoroughly enjoyed it, although in the beginning, the story did move a little slow for my liking. I highly recommend it now, but just forewarning you, it feels a bit slow at first. Vashti is our heroine in Love in Catalina Cove. This is her hometown, although when we first meet her, she lives in New York City and has been recently let go from her job. She learns that her Aunt who passed away, left Vashti her bed and breakfast which leads her back home. Brenda Jackson is such an amazing storyteller. Her ability to weave the romance and the subplot together seems so effortless. Neither felt as though it overpowers the other, and I was on the edge of my seat in regards to both equally. It turned out to be such a great read.

On Kindle I am reading Reigning Magicks by Candace Osmond and JJ King.

I am so loving this book. It is a time travel fantasy romance and just what I need at the moment. Once upon a time I would read a good time travel novel at anytime of the year, but now, as we slip into fall, and the entire season of fall, feels like the right time for time slippage novels. Ashlynn in the beginning of this book is arguing with her family who wants to marry her off to unite their clan and their rival clan together. Ashlynn is not having it. She sneaks off into the woods to find the witch she saw as a little girl and is given what she needs to basically grant a wish. Well, she does she what she’s told and is transported 300 years into the future. It is 300 years in the future where she meets Cian. I can’t get this book on my mind. When a time travel story is written well in my opinion, you’re torn between the now, and them traveling back to the time of their own. I’m loving it.

Ultimately, I would love to get Reigning Magicks finished, so I can completely dedicate my Saturday reading to SmutAthon which is hosted by Lainey and Riley. Go follow the Twitter account here, to keep up. This is one of my all time favorite readathons, which typically lasts a week, but the ladies surprised us with a very random 24 hour SmutAthon. I have a few reads I’d love to get to, but I also plan to take it kind of easy.

I have two audiobooks by Kendall Ryan downloaded who I’ve been wanting to read SOMETHING by ever since I read and loved Junk Mail by her.

First I have The Room Mate 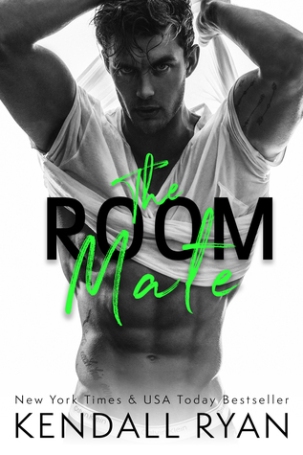 I also have The Bed Mate 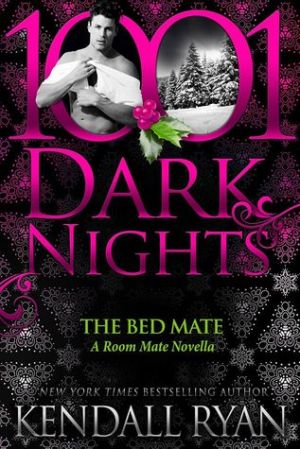 Both of these are less than 3 hours on audio so I should make it through them pretty quickly. I will also be reading the group read, Only For A Night by Naima Simone.

This past week was my first weekend back to being an online student, and the amount of reading as a History student is insane. I am very much looking forward to some reading for pleasure this weekend. Let me know what you’re hoping to get to, and anything you’d recommend I give a try.

Maisey Yates has done it again with the next book up for me in the Gold Valley series. Hello, I’m Bree, and I am totally reading this series out of order if this is your first time here.

Some things are too perfect to mess with. Bennett Dodge’s relationship with Kaylee Capshaw is one of them. They work together at their veterinary clinic and have been best friends for years. When Bennett’s world is rocked by the appearance of a son he didn’t know he had, he needs Kaylee more than ever. And he doesn’t want anything else to change. But then Kaylee kisses him, and nothing will ever be the same…

Kaylee’s done her best to keep her feelings for the man she’s loved since high school hidden away, but one unguarded moment changes everything, and now there’s no more denying the chemistry that burns between them. But the explosion of desire changes all the rules, and what’s left could destroy their bond—or bring them to a love that’s deeper than she ever imagined…

Untamed Cowboy is a slow ride between best friend Kaylee and Bennett Dodge. Kaylee comes with her own emotional baggage after growing up never feeling good enough due to her parents being drunks and Bennett is part of the Dodge family who this series follows. I think the setup of this book was well done. We learn pretty early on that these two have so much history, have always been best friends but especially with Kaylee early on, you put pieces together and see that maybe on both parts there have been feelings trying to break the surface.

I like the way the author threw the wrench of Bennett learning about his surprise son in this story. In my opinion, it helped push the romance between Kaylee and Bennett along, as well as obviously assist in the ‘dark moment,’ but in the end, it was the wrench that helped everything come along in the end. Here these two thought they knew everything about each other and find out unexpectedly that they were mistaken. It showed the strength of their friendship though when they had to be there for one another.

I wasn’t the biggest fan of the conflict, but I get it. The conflict mostly comes from Kaylee and her insecurities due to the way she’s grown up and the way she assumed Bennett viewed her and her assumptions about why he wanted her around. I didn’t feel like there was a true concrete issue, it was more of things on Kaylee’s mind and it felt a little overdramatic.

Although the conflict had me feeling like Kaylee was being overdramatic and it wasn’t all that called for, I appreciated that Bennett, through chatting with his Dad, realized his part in causing her to feel the way she did. He then comes up with a plan to right his wrong and amidst him doing that, Kaylee realizes that she does love him and does want to be with him..she does realize this in part to the one scene that made me cry in this book!

I thought the way everything tied up in the end was perfect. This story unfolds so casually and in such a way that you’re holding your breath all the while rooting for the characters. I was happy with the way it ended.

Share with me an example of when the surprise baby trope is actually done right. I enjoyed it in this story.