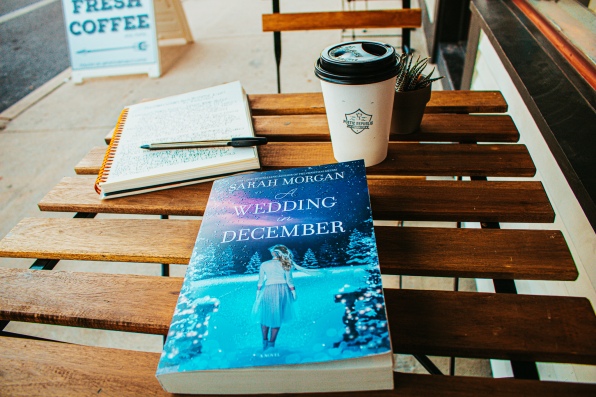 “Do you ever read a feature praising a woman whose life is to care for her disabled child or parent with Alzheimer’s? No, you don’t. When someone talks about ‘achievement’ they’re talking about Salary and Status, not the fact that you actually managed to take a shower and change your clothes after being in the hospital with your child for two nights straight even though, believe me, that’s an achievement. You read about Hedge Fun Managers who get up at three in the morning so they can get their workout done, use the gym, clear their emails and make a healthy breakfast for the whole family before putting in a full day of work in the city and returning home in time to read bedtime stories and then do another few hours of work before having perfect sex, three hours undisturbed REM sleep and waking up and starting again. You read about women who were at home with children and suddenly realized that if they started charging for all the cupcakes they made for their children’s friends and school events, they could turn their baking skills into a profitable business. And, by the way, the woman I read about didn’t look as if she’d ever baked a cupcake in her life and she certainly  hadn’t eaten one. What you never read about is the millions of normal women who are struggling to hold it all together and don’t own a planner because we don’t exactly know what we’d write in one.”

A Wedding In December was a five star read from me. I like that the holiday romances we are getting from Sarah Morgan are more women’s fiction yet still have a love story at it’s core. A Wedding In December all centers around Rosie getting married and her parents and sister traveling to America from Europe for her December wedding. The family doesn’t just show up however, they come with secrets tucked away. Sister Katie who is a doctor back in Europe is hiding a work place situation from her family which really has her on the fence as to if she wants to continue with her current career. Rosie’s parents are faking a happy marriage when in reality they have been separated for months. Katie arrives with every intention of digging up skeletons from Rosie’s fiancé’s closet because being the big protective older sister she is..she doesn’t want to see her sister get hurt.

I think Sarah Morgan did a fantastic job of keeping the central story line in the forefront, while also weaving in the emotional journeys and issues that each woman was dealing with and not leaving any loose ends in the end. Also at times when reading a book following different main characters, I find that certain characters can be overshadowed but I didn’t get that with A Wedding In December. Each character was well fleshed out and very well developed.

This book delves deep into the relationship between sisters. What it’s like to be the oldest and have a younger sibling who is sick a lot. We see Katie have to learn to lean on her younger sister for a change. Now that they’re grown women Katie has to learn that their relationship can change, can be different.

I think for most of the book we put Rosie into this needs protection box because that’s how her family views her and treats her, but she has this moment of defiance towards the end of this book where she sticks up for herself and has to remind her sister that her decisions, are her decisions!

The Mother, Maggie, was kind of my favorite character. I adored the fake marriage, but really married trope. It was interesting to see how long Maggie and her husband could pull it off but in the course of being a fake couple, things are set up for them to do as a couple which I really enjoyed seeing. It puts them in this predicament where you either continue to try and fake the funk or..you know, maybe work things out.

I could go on and on but what it boils down to is, treat yourself to Sarah Morgan’s writing. This was a wonderful, wonderful read that I absolutely adored. This is what women’s fiction should read like. This one is part of my Holiday Romance 5 Star Predictions list and I am so thrilled to say it lived up to my expectations.

I’m in February reading prep mode. @stormreads43 is hosting the #retroromancereadathon and I’m excited to (finally!) pull these three Young Adult Category Romances off my shelf and read them. All three are from the 1980s-1982, 1983 & gasp! 1986 (the year I was born) which feels a tad weird calling retro but I’m obsessed with the era and excited to see what the teen girls were into reading at the time. I wish series like these still existed. 🔖 What was one of your favorite teen reads?
19.1 On top of Momming, Wifing, grad studenting, morning runs, reading good books, journaling, binging shows...I’m also devoted to carving out writing time. If not now, then when, right? 🔖I just listened in on a wonderful romance novel Clubhouse discussion on Conflict...what was the last book you read with a conflict that made the book unputdownable?
Recent case of Its not You, It’s Me. As my friend SARAH @the.bookish.knitter puts it..I Soft DNF’d this one, meaning it’s not that I’ll never give this one a go-it just didn’t do it for me right now and to be honest-I got the vibes that I should’ve read the previous book, Spoiler Alert, prior to this one. Keeping it real here, I had no idea they were a series until I checked Goodreads🤷🏽‍♀️ So yeah..if you’ve read both let me know if I was okay reading this one as a stand-alone or would things have made more sense has I read Spoiler Alert. Typically with a lot of contemporary romance I don’t think you have to read the books in a series in order but every once in a while I’ll pick something up and feel like I’m missing things that I’d be In On had I read the books in order.🔖 Share with me what your last Soft DNF was.
#theiloveprompt